Firstly - isn't it great to see young people in the chamber? Secondly isn't it refreshing to see some colour rather than the grey suited monochromistic mush? Thirdly - interesting and well argued debate (on tution fees at the mo).

OK, so there are issues about just how representative UK Youth Parliament is - however, this opening up of the chamber is long overdue. Last week I was with the Youth MPs from Speaking Up - a pilot representing young people with learning disabilities - let's see them in there, there is another one for young offenders, let's see them in there. I hope this is just the beginning.

Update - it looks like the only Lib Dem MP there is David Heath - lots of Labour and Tory, yet we are the party with the best youth policies........where are they?
Posted by Linda Jack at 16:49 No comments:

I am just home from being selected as PPC for the 'safe' Tory seat of Mid Beds and the prospect of a fairly boring contest against Ms Nadine the blogging Queen :-) (Joke Nadine, joke!). As I pointed out to my fellow members, following the extraordinary events of this year, there is no longer any such thing as a safe seat - so from my perspective........game on girl, game on!

Chair of the selection committee Brian Golby began with a little anecdote about me when I was Unison Branch Secretary, a story I hadn't heard before. As a county councillor he had been on an appeals panel at which I had been representing members, apparently as I left the room one of the Tories muttered, "I'll be glad to see the back of that bloody woman" - in Brian's eyes that was an accolade! I reminded him that at that time the joke was that the union was the only effective opposition to the disastrous, worst performing county council in the country.

The Tories are peddling a myth of "real change" - er............when we have effectively had 30 years of Tory government. OK, the party may have changed, but the values never did. Frankly Tory "real change" should read same old same old. Not change, just a return to the dark days of Thatcher's Britain.

The people of Mid Beds deserve better, they deserve - and now have - a real choice. As Lib Dems we offer that choice. Real - same old same old - change...........or a genuine Fresh Start for Britain.

Nick Robinson and the BBC - The Sound of Silence? 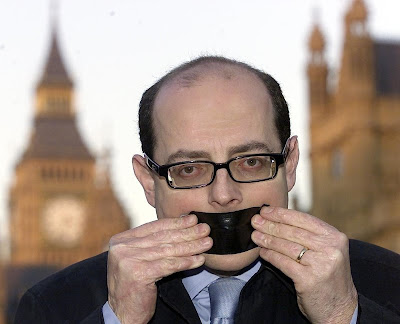 Tonight I am back in Bedford with pals celebrating the election of Dave Hodgson as Mayor of Bedford - a momentus occasion by all accounts - but one that has apparently completely passed the BBC by. I was a little miffed by this, Cameron, riding high in the polls, on the cusp of a landslide victory in May, snubbed by the electorate of not one but THREE constituencies in traditionally Tory Bedfordshire - er..........story? I couldn't understand why this did not make national news and fall under the normally forensic analysis of the BBC's excellent political team - in particular the great Nick Robinson. I perused his blog expecting at least a passing reflection on today's results - but - ZILCH. Now, granted, I may be doing the man a diservice. He may be on holiday. But many many more political editors, correspondents, etc scurry around the BBC airways at a rate of knots - did none of them honestly find this result of any consequence? However, one of my pals gave me at least a hint of why Mr Robinson may be a little shy to comment on this story. Apparently he was vice chair of the Young Conservatives when Richard Fuller (Tory PPC for Bedford) was chair. This may explain why he considered David Cameron's visit to Bedford a few weeks ago worthy of reporting on News at Ten...........but also why the far more important mayoral result this evening did not command the same attention - tho of course if the Tories had won I have no doubt it would have featured long and loud! What's all this nonsense about the BBC being a hotbed of left wing dissent?!
Posted by Linda Jack at 23:17 2 comments:

Cameron - hope you have the kaolin and morphine in!

This evening there is a story in Bedford's local paper telling the sorry tale that the Tories predict defeat in the Mayoral tomorrow. Earlier this evening, a source "close to the party" called to tell me the same - even before the polls closed the Tories were off to console themselves with Pizza.

Last week at Tory Party conference, any local activist I bumped into was far from buoyant about the prospect of a Tory mayor - despite the huge effort central office has clearly put in to support his campaign. I understand (though this will have to be confirmed) that there were 7 central office staff on permanent Bedford duty.

Sadly, this election is unlikely to command much national attention or analysis, but it must be remembered - Bedford Borough is more than a constituency, in fact it straddles three. It is clearly important to the Tories to win, otherwise why would we have seen such huge investment - and the rolling out of leading lights, including this week, Cameron himself?

What this has done, is expose the true underbelly of the party. Having a primary that sidelined local activists did nothing to engage them in the fight, but more importantly, it exposed the very real thread of racism that still blights the Cameron and Pickles unrealistic vision of a more "liberal" party.

Tomorrow I fully expect us to trumpet the election of Dave Hodgson as Bedford Mayor - Cameron should be afraid - very afraid. This is not just a little local difficulty, it is very real evidence of the reality of the hill Cameron has to climb. When the chips are down he has to deal with a party that has never understood the concept of collective responsibility and who, when push comes to shove are likely to show their true blue colours. Bedford is likely to be an emblem - one to spur us on to believe we can and must be the real alternative to Labour - and one to remind the Cameroonies that it is not just their Labour opponents they have to fight.
Posted by Linda Jack at 01:10 1 comment: