Reasons to join a Tory coalition

(Nearly) 20 Questions to a Postie 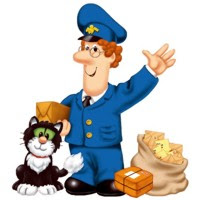 The news yesterday that the Postal strike has been postponed was indeed good news, I do hope this can be properly resolved, though I find it extraordinary that Adam Crozier will not go to arbitration - if he thought his case was that sound I would have expected him to jump at the chance. But it is important to remember this dispute is not just about the terms and conditions of postal workers it is about the whole future of Royal Mail and our postal services.

Some of you may remember my outburst at conference a few years ago during the debate on the privatisation of Royal Mail. I hadn’t intended to speak (no really!) but someone said something stupid about the public not really caring who delivered their services and that was it. I attached myself to the end of the queue for interventions and said my piece. I hadn’t realised just what impact I had had until pal Martin rang up late that evening to say he had been looking for me in the hall when the! 0 o’clock news went to Lib Dem conference and instead saw me waving my arms around, shouting about thinking there was clear blue water between us and the two Tory parties and that this had muddied the waters and turned it a murky shade of orange.......... my view hasn’t changed.
So, as you may imagine, I am firmly behind the battle of the great Postmen and Postwomen are fighting up and down this country as we speak. Now this is partly because I have had two siblings and my mum working for the Post Office over the years, but also because I have a fundamental, pragmatic belief, that public services are best kept in the public service. My brother has agonised over whether or not he should go on strike – as a Christian he believes in “turning the other cheek” so this hasn’t been an easy decision. My views are more along the lines of “the workman (or woman) is worthy of his/her hire” – and the Old Testament is full of prophets renting their clothes and railing against the exploitative bosses.
But my brother has been frustrated that the whole story hasn’t come out. I am a big fan of Billy Hayes, but I don’t think he has really explained to the public what the threat to them is. I am delighted that the rather adorable Brendan Barber has been able to get the mini breakthrough we have seen – my one experience of being involved in negotiations with him was when he chaired a meeting to try to resolve an inter union dispute I was involved in which ended in abject failure, but then of course inter union disputes are usually far tougher to resolve than the bog standard union v management fare.
So – what does Postman Pete think?! I sat down with him on Sunday (interesting to note that he lives in a forgotten backwater of the Mid Beds constituency on the edge of Luton, where he has never hears anything from his local MP Nadine Dorries - maybe she doesn't realise she has constituents in Luton though)
How long have you been a Postman?

Nearly 29 years, mostly in Stopsley (Luton)
So it can’t be that bad?
Actually I love the job, meeting the public feeling part of the community and building relationships. When I started I was very shy (may have had something to do with having 4 older loud sisters), but the job helped me become more confident. People say that it makes them feel they are still in a community when they see me every day. Also the majority of postman and women look out for people – for example, I had to break into house once, someone was stuck in his bathroom (actually a Tory Councillor!), he was shouting for help. I told him to move away from the door and ran into it; unfortunately he hadn’t listened to me and ended up with a few bruises! Another time I was delivering down Morthouse Green in Luton. It was when Calibras had just come in, and I saw one rolling down the hill, I asked the woman standing nearby “is that your car?” It was. She was so shocked she couldn’t move so I ran, jumped in and pulled up the handbrake before it ran into a wall! But a lot of that goes on, people looking out for people. Sometimes we are the only human contact isolated people have. I am often finding keys left in the door, I once found bottle of champagne in a garden, another time a wad of money – I knocked on the door and a man told me it was the savings of an elderly woman over the road he was supposed to be paying it into her account for her, the funniest thing was that the then came running after me to give a pound reward.
So what’s changed?
Firstly the hours. Going out later, which isn’t so bad. We now do one delivery not two, this has lead to us being asked to do others work – we’re not against absorbing extra on Mondays and Tuesdays when mail is lighter, but it’s more difficult later in the week. The biggest change is opening the market to private companies, which was Mr Blair’s leaving present to us, we were the first country in Europe to do it and all the other countries were supposed to follow suit, but saw what a mess we made of it and thought better of it.
So who do you blame for the current crisis?
I don’t blame private enterprise, I like to see little companies doing well, but you have global companies like TNT making profits off the postman’s back.
Why do say that?
Because TNT can pick up 100,000 items and charge 26p an item and just drive to one of our mail centres, offload it then we have to process it, deliver it and because of the regulator we can only charge them 13p per item.
So isn’t privatisation the answer?
Yes, if you are a big fat cat because they are the only ones who will benefit.
So won’t they be able to cut costs and benefit the public?
No, what the public doesn’t realise is that the cost of a letter could go up more than 400%.
What evidence do you have for that?
You only have to look at all the other services that have been privatised like gas and water, and I would expect that if you in rural areas you may only get one delivery a week, or be charged far higher rates.
So how do you think the present situation can be resolved?
There needs to be compromise on both sides and a real desire to get that compromise.
So what should the union do?
At the moment we are trapped by an antiquated them and us attitude between management and union, both seem to forget that this is a public service. The union needs to be a bit more diplomatic and be prepared to compromise.
What should management do?
Stop bullying people and pushing the workers around. Have a bit more respect and realise that they are also supposed to be serving the public as well as the postmen and women and should not just be a puppet for the government’s secret agenda.
What about the government?
Leave us alone and think about the public in all of this. And also they should repay our pensions after allowing Royal Mail to take 13 years garden leave. I have paid into my pension for 29 years and now the money may not be there to pay me when I retire.
So what do you want to say the public?
Firstly I’d like to apologise to the public for the inconvenience. Most of us really don’t want to go on strike because we end up losing money and we care about the service. Secondly if you really want to see the service improve, lobby your MP to allow us to compete without one hand tied behind our back and to stop privatisation.
You say that, but money is going down the drain to an unprofitable business?
That’s the whole point; this is a service not a business. You don’t hear people complaining about the police service being unprofitable!
So finally, anything else you want to say?
Well personally I fear we are becoming more like an inverted Robin Hood society where the rich get richer off the poor people’s backs.
Also, this is a community job, a public service; therefore it should always be in the public sector.
And if the government do go down the road of privatisation the public should not be surprised at the price of posting a letter going up 400%
Posted by Linda Jack at 12:14 No comments:

Nadine Dorries and the Mystery of the First Home

OK, I admit it - I am a bit of an Agatha Christie addict. When I broke my leg I amused myself by watching endless episodes of Poirot. I like nothing more than a good mystery, with just enough of a hint of the solution to keep you guessing. In Nadine Dorries' case - its not so much guessing, it's more - do you really think we are that stupid? Like the culprit with the smoking gun crying "it wasn't me guv" - the hole she has dug for herself just gets deeper.

Wednesday night I missed the News at 10 piece about her. Here is this poor unfortunate MP travelling home to her SECOND home and complaining about it! She travelled all the way to her constituency - arriving home at gone 1am. Yes, she gets on the train in the morning with her constituents but they don't have to come home at the same ungodly hour as she. I do have some sympathy, I also often find myself arriving home at gone 1am which isn't that pleasant, especially this time of year on cold and dirty First Capital Connect trains, but I don't have an alternative.

Not so with Ms Dorries. To hear her bleating about getting home so late, when the only reason she gets home so late is because she has (unless she has changed the arrangement since it all came out in May) chosen to designate her first home as being absolutely nowhere near either her constituency or Westminster, beggars belief. Does she take the good people of Mid Beds for complete fools? Does she think they will all just accept that it is OK for her to take advantage of an antiquated system that effectively allows her to have a holiday home? She has apologised, but what has changed? If she is so concerned about arriving home late at night she could do what others do. Jacqui Smith got rightly lambasted for designating her sister's home as her main home - but at least she could argue she spent more nights there (which I thought was the definition). Nadine Dorries firstly tried to keep secret where her first home was, even admitting that she only spent the odd weekend and holiday there. By no stretch of the imagination is that a first home. So, to coin a phrase, you can't have your cake and eat it. If you want to get home at a Godly hour, then you need to use the second home allowance as it was surely intended. Otherwise as the saying goes - put up or shut up!.............Although, from the perspective of her prospective opponent maybe that is bad advice - carry on dear, carry on!!!
Posted by Linda Jack at 21:41 No comments: